Lancashire Wildlife Trust’s Lunt Meadows Nature Reserve on the bank of the river Alt in Sefton is a uniquely wild site and one of the best spots in Merseyside to see wetland wildlife. Over 2021, this special site is on track to become even better, thanks to generous funding from Biffa Award, a multi-million pound fund that helps to build communities and transform lives through awarding grants to communities and environmental projects across the UK. 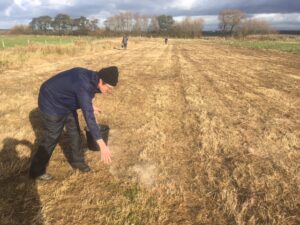 Lunt is a haven for wetland birds, offering a mixture of reedbeds, grassland and pools. While many birds do already breed on Lunt, the current habitats can be enhanced further. As well as carrying out traditional practical conservation tasks, staff and volunteers do the important job of monitoring the conditions and wildlife at Lunt.

Habitat quality surveys have shown that Lunt’s grasslands and reedbed are currently too dry for species, such as bitterns, found in these habitats. Bird monitoring over the years has revealed that waders on-site, like lapwings and avocets, prefer to roost and breed on raised islands and narrow slopes, but these areas are currently few and far between.

The £54,000 awarded to the Trust from Biffa Award will allow staff and volunteers to carry out considerable habitat improvements across Lunt Meadows. This will include excavating parts of the site, forming scrapes, islands and channels that will both improve water flow and create more desirable breeding conditions for these birds. 4,000 more reeds will be planted too, contributing towards the goal of creating the largest reedbed in Merseyside.

“Biffa Award is delighted to be able to support the Wildlife Trust for Lancashire, Manchester and North Merseyside’s project at Lunt Meadows. The improvement works that we have funded will go a long way to improve and enhance the habitats for a wide range of species including birds, fish and insects. Now more than ever it is extremely important that we support projects that promote nature’s recovery.”

The team aren’t stopping there though; aquatic plants will be introduced, helping to oxygenate the water and promote aquatic invertebrates and fish stocks, while wetland wildflowers will be sown to create a meadow, attracting a variety of invertebrates, including beetles, which are a favourite and important food of lapwing chicks. On top of this, there are plans to dig out four new ponds with the aim of increasing the breeding dragonfly population on site. 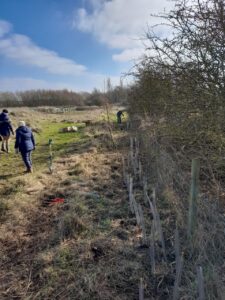 The hope is that these enhancements will bring Lunt Meadows to the qualifying level of a Site of Special Scientific Interest (SSSI) for breeding and wintering bird assemblages, as it is already close to meeting the requirements. Given that only 10 years ago Lunt was still farmland, an SSSI designation would be an amazing and well-deserved achievement for the reserve’s volunteers, a group of local people who give several thousand hours of work annually on-site. The team have already been able to purchase seeds and much-needed new tools to get started.