Millions of mini-beasts in South Devon are set to benefit from improvements to their nature reserve homes after local charity, Devon Wildlife Trust, secured a £41,000 grant from Biffa Award; a multi-million pound fund that helps to build communities and transform lives through awarding grants to community and environmental projects across the UK, as part of the Landfill Communities Fund. 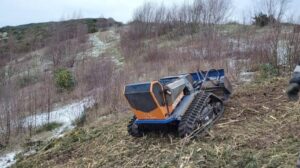 The project, which is called Helping Habitats in South Devon’s Invertebrates, is taking a local approach to a national problem: the alarming declines in insect populations. It plans to do this by improving many of the most important places where mini-beasts live, including heathlands, meadows, woodlands and freshwater streams/ponds.

A host of insect species stand to benefit. These include some of the county’s rarest species such as the high-brown fritillary butterfly, Kugelann’s green clock beetle, the narrow-headed ant and the heath-potter wasp. Countless other more common species including moths, damselflies and bumblebees will also prosper.

At Teigngrace Meadow nature reserve, near Bovey Tracey, 1.5 hectares of woodland will be 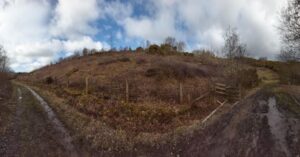 coppiced with trees being cutback to encourage new growth, while 4.5 hectares of wildflower meadows at the Trust’s Woodah Farm will be restored. At the charity’s Little Bradley Ponds and Lower East Lounston nature reserves the water quality of ponds and streams will be improved with the installation of separate drinking facilities for grazing cattle.

The project is being overseen by Devon Wildlife Trust’s experienced nature reserve team. But local people are also set to play a crucial part with 35 volunteers set to carry out vital conservation tasks including scrub management, wildflower seed spreading and wildlife monitoring.

“Support from Biffa Award will have a really positive impact on insects and other wildlife at our nature reserves. It will help us provide the right conditions for beetles, butterflies, dragonflies, ants and others to flourish in. Together the eleven nature reserves will provide a network of sites for mini-beasts to use and move between. This kind of conservation at a landscape scale is vital if we’re to begin to see insects recover in numbers and diversity.”

“It is hugely important that Biffa Award continues to fund biodiversity projects like this one by Devon Wildlife Trust which seeks to help reverse the increasing decline of invertebrates at sites across South Devon and beyond. The project will not only benefit some of the county’s rarest species across more than 6 hectares of land, it will also help to pave the way for Nature’s Recovery.”